There are more river barriers such as weirs and sluices than existing datasets show in the Thames River Basin that could be causing issues for the critically endangered European eel, according to a new study from an environmental project.

Thames Catchment Community Eels Project (TCCEP) developed and trialled ObstacEELS, a citizen science method to train volunteer .teams to identify different barriers in rivers and assess their ‘passability’ for eels. Of the 457 barriers recorded and mapped over seven months, 278 were ‘new’ (not present in existing baseline data). A total of 97 volunteers were trained from local communities near the five target rivers.

The European eel is a species of fish that spends the majority of its life in our freshwater rivers, yet starts life hatching out of a tiny egg 6,500 kilometres away in the Sargasso Sea, in the Atlantic Ocean. The tiny eels that make it across the ocean to the Thames and migrate up our rivers are currently blighted by a range of in-river obstacles, such as weirs, that prevent them from dispersing further upstream. 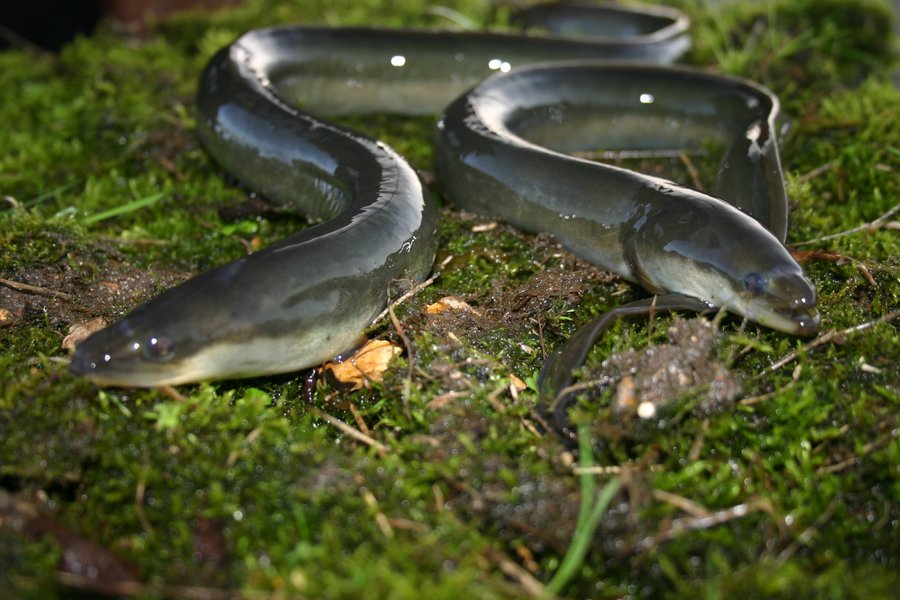 TCCEP is a partnership, led by Thames Rivers Trust working with environmental charities Thames21 (T21), Action for the River Kennet (ARK) and South East Rivers Trust (SERT). The initiative also works closely with the Zoological Society of London (ZSL) and Thames Estuary Partnership (TEP) to aid the long-term survival of the European eel.

Thames21 has played a key role in the Brent and Ravensbourne Catchments, connecting with the community to recruit a volunteer ‘Eel Force’. The Eel Force covered a total of 75 kilometres of riverbank over both catchments, logging 173 obstacles, of which 132 were not in current datasets.

Debbie Leach, CEO at Thames21, said: “This project has uncovered the huge challenges faced by endangered European eel populations when they attempt to make their way upstream in our rivers as part of their life cycle. Knowing the extent and location of the physical obstacles that eels and other fish face will hopefully be taken on board by decision makers. Work to remove or modify these barriers should be made a priority.”

Eels need connectivity to find places to hide and plentiful food sources to successfully grow and eventually mature and make the immense journey back to the Sargasso Sea. Eels only breed once in their lifetime, and it is thought this happens upon successfully returning to the Sargasso Sea, so ensuring eels thrive in our rivers is critical.

The new data has fed into the Environment Agency’s Thames Basin Eel Management Plan and the Thames Estuary Partnership’s Fish Migration Roadmap, where the findings are freely available.

“The European eel is an iconic fish and plays an important role in the ecosystems of the Thames and its tributaries. We are very pleased to have been able to give local communities along five rivers in the Thames catchment a range of opportunities to discover more about their rivers, eels and their local Rivers Trust. The next step is to secure funding for barrier removal or eel passes at the priority sites for eel passage identified during this project,” said Thames Rivers Trust Chairman, Dave Wardle. 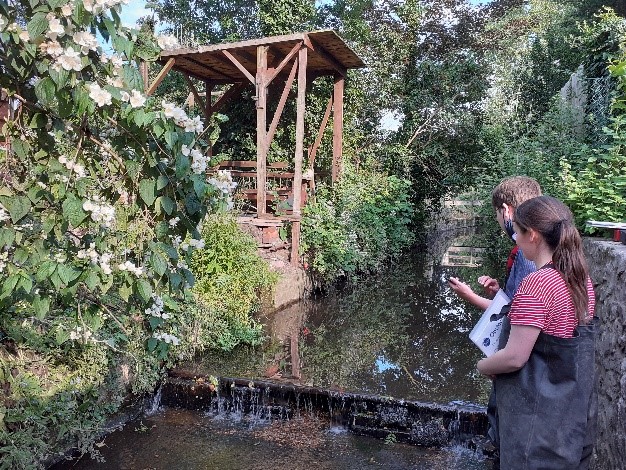 Two schoolchildren assessing a barrier on the Ravensbourne. Copyright Oli Back, Thames21

The project has also had success with a huge community and educational outreach programme, connecting all ages with nature at their local rivers. In just over a year, together the project partners have inspired more than 2,500 school children through innovative eel workshops and assemblies; and more than 680 people of all ages have enjoyed led riverbank eel walks or have attended eel talks.

The project has also meant an increase in scientific knowledge: funding from the project made it possible to train SERT volunteers to monitor an eel pass on the Ember. Volunteers counted and measured over 2,000 eels, contributing to ZSL’s long-term eel monitoring programme.

The Thames Catchment Community Eels Project is funded by the government’s Green Recovery Challenge Fund. The fund is being delivered by The National Lottery Heritage Fund in partnership with Natural England and the Environment Agency.