Flood management: preparing for the storm

Andy McCombe from The Emergency Society gives more details about the East Coast Flood Forum in the UK.

Some 60 years ago, a wall of water swept over Britain's East Coast killing more than 300 people in one of Britain's worst peace time disasters. A storm surge, combined with a spring tide, on the night of 31 January 1953, overtopped sea defences, resulting in disastrous floods along hundreds of miles of coastline. From the River Humber to the Thames estuary, thousands of sheep and cattle drowned, 24,000 homes were damaged or destroyed and more than 30,000 people were evacuated. The damage was estimated at over £5B in today's money. (The 1953 floods were also the catalyst for the construction of the Thames Flood Barrier - see Turning back the tide)

Since then, similar combinations of spring tide and storm surges have raised the North Sea as high as, or even higher than, that fateful night in 1953. And, according to the Environment Agency, beating flooding is a never-ending challenge.

Today, a major East Coast flood can be triggered by a storm surge event, where a vigorous cyclonic Atlantic depression tracks into the North Sea. The combination of very strong winds (which push sea water into a temporary dome) and very low atmospheric pressure (which allows sea water to rise) create a surge. The surge can be amplified as it passes over shallow areas in the North Sea.

If such a surge occurs in combination with high spring tides then the scale and risk of flooding is increased. Spring tides(which are not related to the Spring season) occur during full and new moons every month, causing high astronomical tides which are very predictable. Extremely strong on-shore winds can cause large waves. These, combined with a large surge on top of high astronomical tides, have the potential to cause overtopping (waves breaking over the top of defences and causing flooding as water is unable to escape) or overflowing (where sea levels are higher than defence levels) of sea defences along the UK East Coast.

"Once coastal flooding happens the removal of large volumes of flood water can be very difficult as many coastal areas are below normal sea level and will not drain by gravity."

Either of these conditions might lead to breaches occurring. Subsequent high tides can cause additional impacts making repairs and recovery difficult. Once coastal flooding happens the removal of large volumes of flood water can be very difficult as many coastal areas are below normal sea level and will not drain by gravity.

Improving flood forecasting systems have been put in place by the amalgamation of expertise from the Met Office and Environment Agency. A pioneering group, called the East Coast Flood Group, has also assisted with detailed pre-planning with regards to the East Coast tidal surge threat. The group is supported by members of the Emergency Planning Society.
Initially the group was an ad hoc gathering of emergency planners and local government staff who were keen to engage with all East Coast counties likely to be affected, along with adjacent inland counties which would need to provide sanctuary for the large numbers of evacuees anticipated. So the East Coast Flood Group was formed in late 2009 with an open invitation to a wider audience of emergency planners and responders. The group developed a series of milestones, meeting regularly to develop plans for the response and the recovery from such a major event.

Outcomes of the East Coast Flood Group include:

The ability to learn from colleagues around the world, which has been facilitated by the Department of Food and Rural Affairs (Derfa) and the EU under the 'Exchange of Experts programme'. A small number of forum members have been selected to attend a series of fact-finding visits to the US, Iceland, the Netherlands and France to see first-hand how countries with a tidal surge risk or a major evacuation requirement have planned for such events.

The author was fortunate to be selected to travel to La Rochelle in France in October 2013 to attend a symposium reviewing the Xynthia storm of February 2010. This event sadly took the lives of 37 coastal dwellers late at night when the sea overtopped or broke through the sea defences. Four of the six UK delegates were EPS members out of the dozen or so international experts that took part in this specific exchange.

Funding has also been provided for academic studies into topics such as traffic flows during evacuation, and identification of how critical national infrastructure could be affected during a future tidal surge.

"Funding has been provided for academic studies into topics such as traffic flows during evacuation, and identification of how critical national infrastructure could be affected during a future tidal surge."

Another major study overseen by the Health and Safety Laboratories (HSL) in Buxton, Derbyshire uses their comprehensive GSI database to provide certain forum members with a very detailed assessment of the effects current Environment Agency flood mapping will have on the populations, housing and infrastructure for the ten Local Resilience Forum areas that could be impacted by a future East Coast tidal surge.

Another excellent example of partnership working that has spawned from the group has been the collaboration of volunteers from all of the coastal counties to develop an East Coast Flood Emergency Framework document, which was published by Defra at a major seminar at the end of January 2013, to commemorate the 1953 flood.

This publication outlines the shared ambitions of the East Coast Flood Group and provides guidance on national policy and procedures to gather, prioritise and deploy assets to assist with rescue and evacuation and other essential information to support local planners. Within the guidance is a clear set of priorities to ensure that:

About the Emergency Planning Society

The Emergency Planning Society (EPS) was formed in 1993 and is the leading professional body for all those professionals involved in emergency planning, crisis and disaster management, resilience and related disciplines. The EPS is split into 14 regional branches in the UK, each with their own committees and who arrange activities for members in their branch. We also have a number of overseas members.

The EPS has eight Professional Working Groups. The groups cover a diverse range of specialisms and work to provide advice and expertise on their given area.

Andy McCombe is the Chair of the Emergency Planning Society's East Midlands group. 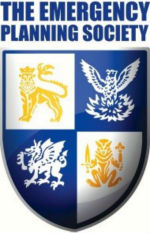 The Emergency Planning Society (EPS) was formed in 1993 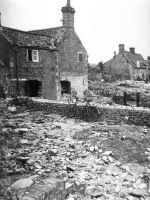 Damage from the 1953 East Coast storm surge was estimated at over £5B in today’s money.

An image of La Rochelle harbour on a calm, sunny day.

The repaired breach in the sea defences after the Xynthia storm event at La Rochelle.
Post to: