Peter Illes is the Managing Director of Norplan Hydropower. Here he gives IWP&DC an insight into the company’s most recent developments and projects.

Multiconsult is a long established multidisciplinary engineering consultancy practice. Headquartered in Oslo, Norway, it provides services to clients worldwide and has over 1500 employees operating from 27 offices in Norway and abroad. The company has operated in the hydropower and dam sector internationally as Norplan since 1971 and, in December 2012, the Norplan network expanded with the addition of Norplan Hydropower - a 100% owned subsidiary of Multiconsult which opened in Ashford, Kent in the UK.

The staff of Norplan Hydropower comprise the complete hydropower team of URS UK who transferred to the new company. This development provides Norplan with an experienced pool of hydropower experts with international experience in Africa, Asia and the Far East. One year into this development the operation in the UK is growing rapidly on project wins, and is recruiting both experienced and graduate engineers in all three disciplines (civil, electrical and mechanical) to meet the growing international work load which is a key part of the Multiconsult development strategy.

With a staff resource of 150 experts in the UK and Norway dedicated to hydropower, Norplan is able to offer from in-house resources all the disciplines required to identify, study, plan, design, project manage and supervise the implementation of hydro projects anywhere in the world. The company covers all types of schemes from mini hydro through to major schemes of several thousand megawatts with underground or surface facilities with low heads (Kaplan and bulb turbines) or high head Pelton turbines.

The origins of the company extend back to the early 1900s with experience in Norway and Africa which has now expanded over 110 years to cover all five continents. The following list highlights some of Norplan's recent activities:
Refurbishment of the Mount Coffee Hydro plant in Liberia. This is a scheme which was totally gutted in the civil war and now requires complete re-engineering to generate much needed power and energy for the country.

Clients come from both the public and private sectors where different approaches to project development are normally required. Often private sector developers seek to take the development of the project forward with minimal expenditure until financing can be secured for the project development. The company is often called upon to make key decisions as to when the most appropriate time is to spend on expensive items such as comprehensive site investigations. This is very much a decision that has to be taken project by project. Investors and lenders need to be confident that the project is both technically and financially viable prior to committing their support.

If the development company is an SPV with little balance sheet strength it is often required that the development should proceed on the basis of lump sum contracts and single point responsibility resulting in an EPC approach to project development. Although this can often result in higher costs for development, it is frequently the only way that the financiers feel sufficient confidence to commit to such an investment.

There are a number of examples where this strategy has been successfully implemented. Conversely, an example of where the "traditional" approach has been successfully implemented is the Kindaruma project in Kenya. It was originally envisaged that this would also be developed on an EPC basis but concerns about the number of bidders that might participate, and the client's wish to select separately the best contractors for the civil and the electrical and mechanical packages, led to a switch in strategy toward a split package approach with the detailed construction designs produced by Norplan. Such an approach required proactive project management and co-ordination by Norplan, and the development of good relationships between all parties with a unified objective of successfully completing the project. This was achieved and the client was delighted with the quality of the delivered project and the price paid.

Kindaruma is an example of a refurbishment project, and a number of similar projects are arising as some of the earlier developed projects are nearing the end of their effective life. More refurbishment projects are expected to take place as modern control systems and better designed turbines can achieve greater efficiency and availability for hydro power plants. These projects can be easier to develop in terms of reduced environmental impacts, reduced risk and development time when compared with a greenfield development.

Another area of interest in developing economies is the electrical transmission and distribution systems. These have been neglected in the past over what are perhaps perceived to be the attractive development of new generation on the system. In reality both need to be developed hand in hand. Many countries have not been able to maintain their T & D systems and much replacement and system expansion will be required in the coming years. This is also true of economies where there is a push to change the form of generation from fossil fuel based to distributed renewables, the UK being a classic example of this.

Peter Illes can be contacted at: [email protected]

The Liberian Mount Coffee Hydropower plant was totally gutted in the civil war. 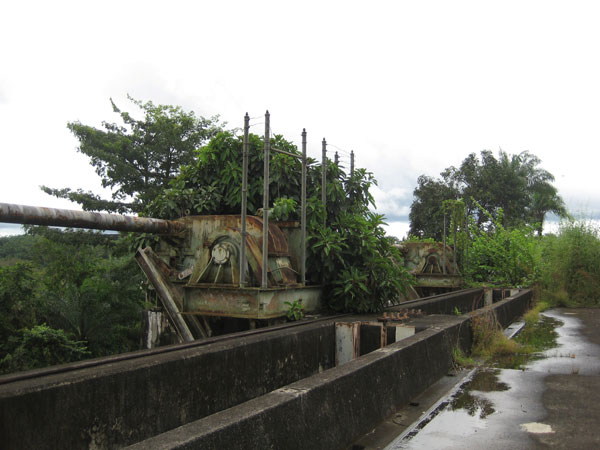