Pumped storage: the future in Germany

A recent study shows that pumped storage could reduce the need for new gas power plants in Germany and help with the integration of renewable energies from 2030. April saw the release of a new study by Rheinisch-Westfälische Technische Hochschule Aachen (RWTH Aachen University) and commissioned by Votih Hydro which looked specifically at the future role of pumped storage power plants in Germany. The study found that by 2050, pumped storage would help utilize wind and solar energy more efficiently, cut down on fossil fuels and provide secured capacity.

The study shows that with a 60% share, about 2TWh of electricity can be additionally utilized, if the pump storage systems in Germany are extended to a capacity of 15GW. At the same time, up to 13GW of secured capacity from pumped storage systems would be available. As a result, the need for new power plants running with gas will be largely reduced.

"The operation of the pumped storage systems would be profitable, and power generation costs would drop."

“The study points out that pumped storage power plants will provide a significant back-up to the integration of renewable energies from 2030," explains Dr.-Ing. Andreas Schäfer, Chief Engineer at the Institute for Electric Plants and Energy at RWTH Aachen.

Moreover, pumped storage plants would offer important systems services, especially for control reserves, but also for the provision of secured outputs. In this way, pumped storage systems can make a contribution to the success of the energy transition.

“Pumped storage power plants are multi-function power plants, which help us to lead our energy system swiftly and smoothly into the new era of energy generation without fossil carriers," says Heike Bergmann, Board Member of Voith Hydro in Germany.

“It is obvious that we need more storage capacities for the energy transition. And now we also have to create the appropriate economic conditions," adds Stephan Kohler, Chairman of the Board of Deutsche Energie-Agentur (dena). "Pumped storage power plants should be given first priority, because they are the only existing industrial-scale power storage systems and, beyond that, also make many valuable contributions to the power grid. We have to adapt the framework conditions in such a way, that this added value is also adequately remunerated."

dena, in cooperation with other stakeholders, has launched the platform "Pumped storage power plants - partners of the energy transition", in order to create awareness of the high energy relevance of pumped storage power plants in an energy system with a large share of renewable energies. At the same time, dena would like to work towards the creation of suitable framework conditions in the energy sector. Voith is one of the partners of the platform. http://www.pumpspeicher.info

At present, the pumped storage power plants operating in Germany have a combined output of approximately 7GW.

The Goldisthal pumped storage project, at 1060MW is Germany's largest, followed by Markersbach at 1050MW. Both projects are owned by Vattenfall, which plans to raise the height and regenerate the upper and lower reservoirs of the Markersbach plant in 2015-16. Studies are currently underway to test lining systems for the steep sides of the upper reservoir.

The expansion potential in Baden-Württemberg and Thuringia alone amounts to nearly 24GW. Numerous projects are already being planned.

Studies have been underway for potential pumped storage projects for Strabag in Thuringia; and, the upgrade and expansion of EnBW Kraftwerke's Rudolf Fettweis scheme at Forbach, in the Baden-Wurttemberg. Strabag is also proposing to build a pumped storage project in central Germany in either in Ellrich or and Leutenberg/Probstzella. 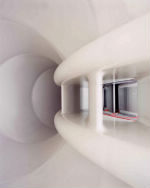