Spotlight on the new generation: Q&A with Gilkes

In a new feature series, IWP&DC identifies some of the rising talent in the sector and discover what made them embark on a career in hydropower and dams. First of our interviewees are Hazel Parsons and James Colebourn, who both work at Gilkes in the UK IWP&DC spoke with James Colebourn and Hazel Parsons about why and how they embarked on a career in hydropower. Both are young engineers working at Gilkes in the UK.

James started his engineering career in 2000 at Curtins Consulting Engineers. During his time at Curtins James studied for a BTEC ONC and HNC in Civil Engineering Studies. In 2003, he entered fulltime education to undertake a Masters degree in Mechanical Engineering at the University of Leeds. He successfully completed this course of study in 2007 with a second class honours, upper division (2:1). Upon leaving University James undertook the role of Design Engineer and Project Manager for the Forestry Commission Forest Renewables' Hydropower Design, Construct and Operate Project. James joined Gilbert Gilkes and Gordon Ltd in 2010 as a Hydro Sales Engineer. After a year compiling technical sales quotations and progressing sales enquiries he took up a position as a Hydro Project Engineer which he hold to this day.

Hazel began a BEng Mechanical Engineering degree with a Diploma in Industrial Studies in 2005 at Loughborough University, graduating in 2009 with First class honours. During her time at university, she undertook work experience at F Parsons Steel Fabrications, and completed an industrial placement year as an applications engineer at Cummins Turbo Technologies. After university, she went to work at Sellafield Ltd as a Graduate Mechnical Engineer, before joining Gilbert Gilkes and Gordon Ltd in May 2010 in the role on Pump Design Engineer. In March 2011, she was appointed hydro engineer at the company, and was then appointed to her current role as Hydro Project Engineer in September 2012.

We asked James and Hazel what advice they give for those considering a career in the hydropower industry and what more the industry could do to attract young stars?

IWP&DC: What is your role at Gilkes?

James Colebourn: I am a Project Engineer working within the Hydro Engineering Department. I am responsible for designing and specifying the entire turbine generator package and then for commissioning the installation when it gets to site. I am also a Six Sigma Black Belt and am involved in a number of projects that look at how we can make improvements to our internal processes and end products.

HP: Part of the attraction of Project Engineering role is that there is no such thing as a typical day. I prioritise my own work. Some days I will be checking and signing off drawings, writing procedures and documents, speaking to suppliers and manufacturers, specifying high value items ready for order. Some days I will be calculating the stresses, pressures and forces in order to prove a design, or checking that the material specification is correct for the application. All of which I have to fit in around various meetings with the customers or consultants, as well as internal meetings to discuss progress, costs and improvements. It is never boring!

JC: My job is split between working in the office here in Kendal and working out on our many turbine sites throughout the UK. When I am in the office I normally have my head in a text book or I am scratching my head over turbine calculations. If I am out on site I am most likely to be commissioning and testing a brand new turbine installation, spinning it up for the first time in its life before it exporting power to the national grid.

What interested you in a career in the hydropower/dams industry?

"It is extremely rewarding to think that I am working on clean, renewable energy"

HP: Gilkes is a long established, family owned, company in my home town where I grew up, with a worldwide customer base. I had always been aware that it was there and always thought of it as a prestigious place to work. It is also extremely rewarding to think that I am working on clean, renewable energy,, which can benefit so many people. The sector has great prospects for the future and I don't regret my choice at all.

JC: I have a background in both Civil and Mechanical engineering and so hydropower just seemed like the ideal career for me as it combines aspects of both disciplines. I also love being up in the Highlands of Scotland and down in the Welsh valleys, both of which my job takes me to on a weekly basis.

Was there a particular event or moment when you decided to pursue this career choice?

HP: My ability for Science and Mathematical subjects, as well as my interest in how things worked, led me to study Mechanical Engineering at university.

JC: My passion for hydropower began with a visit to Electric Mountain at Dinorwig Power Station in Llanberis, North Wales. I was amazed by the enormity of the scheme and how much energy was being produced from just falling water - I had to get involved.

What are the most memorable projects/research you have worked on?

HP: I was involved in developing the first Compact Pelton Turbine for Gilkes. There was considerable design work that went into this and the turbine is now successfully generating power. Gilkes has since manufactured and installed many further turbines of the same design. It is a huge satisfaction in being able to say 'I was involved in that'.

JC: The most memorable project I have worked on is a scheme called Hafod y Llan. It is located on the southern flanks of Snowdon, North Wales. Here we installed and commissioned a Gilkes 640kW twin jet Pelton turbine for the client, the National Trust. The consultants designed the scheme to tastefully and discretely blend into the incredibly beautiful surroundings and the turbine package was a great example of what Gilkes are capable of producing. All those involved in the build were really proud of what had been achieved, what more could you ask for in a project.

Where do you see yourself in 5-10 years time?

"Hydropower, both in the UK and further afield, has a great future"

HP: I'd like to be an established and well-developed engineer at Gilkes. I hope to have excelled in my current tasks and potentially be in a position to support other less experienced engineers progress further.

JC: I would like to think that I will still be working for Gilkes. Hydropower, both in the UK and further afield, has a great future with masses of undeveloped potential still to be realised.

How do you see your career progressing?

HP: At the moment I am really enjoying working on my current projects and still have plenty to learn. It will be great to see the turbines that I have been working on begin to produce power and profit for their owners. I'm looking forward to building on my knowledge and experience in the renewable sector and working on many more turbines in the future.

JC: I would like to work my way up in the design office but not stray too far from designing and commissioning turbine installations. There is something exciting about seeing the turbine you have designed start to generate electricity for the first time. Gilkes are always keen to improve the way things are done so I also see Six Sigma starting to play a greater role in my career.

What advice would you have for anyone interested in entering the industry?

HP: Gilkes supports undergraduates and college students, encouraging school leavers interested in engineering to fulfil their goals. I think this is a really great opportunity for any young person interested in the industry, and if this had been available when I was at school I would have loved the opportunity. Going through university without being sure if you have a job at the end of it is daunting, especially when you consider the costs involved. But to have the backing of a company such as Gilkes supporting you and offering summer placement work, project opportunities and a potential job at the end of all the hard work is a great incentive.

JC: My advice would be to strike while the iron is hot. Hydropower is currently seeing a massive growth and hydro engineering is a specialist field, there are always openings for engineers with the right qualities and attributes. If you want to stand out from the crowd, get as much experience as possible in all areas of hydro projects; from prospecting and permissioning to operating and maintaining, it's a real benefit if you understand the entire process.

How do you think the industry could attract younger members?

HP: For younger people still, I think more needs to be done to improve awareness of what engineering is and what job opportunities there are within the industry. When I was studying mechanical engineering at university, most people thought that that meant I was going to be a car mechanic. There seems to be a fundamental issue that people do not have a clear concept of what engineers actually do.

I have previously been a STEM (Science, Technology, Engineering and Mathematics Network) ambassador and found their projects great for inspiring young people. The projects, afterschool clubs and workshops are a great, fun, way of introducing kids to the concept of engineering and showing them the relevance of subjects such as technology, maths and science and planting the seed at a young age.

JC: I think apprenticeships; sponsoring undergraduates and graduate development schemes are all really great ways to attract younger members into the hydro industry. Not only will the individuals benefit from a great career in a stable sector but also the industry as a whole will benefit from the fresh new thinking that the younger generation will bring.

Be a part of our feature

If you'd like to be considered for our special series on the new generation of engineers, or would like to suggest someone from your company/organization, please email the editor with your details via email: [email protected] 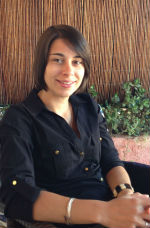 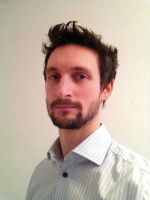 James joined Gilbert Gilkes and Gordon Ltd in 2010 as a Hydro Sales Engineer
Post to: