Taking the pressure off

Skagit Public Utility District in the US is one of the first water agencies to install a new micro hydro system that harvests excess water pressure from municipal water pipelines, converting it into carbon-free electricity, reducing operational costs and helping to combat climate change. 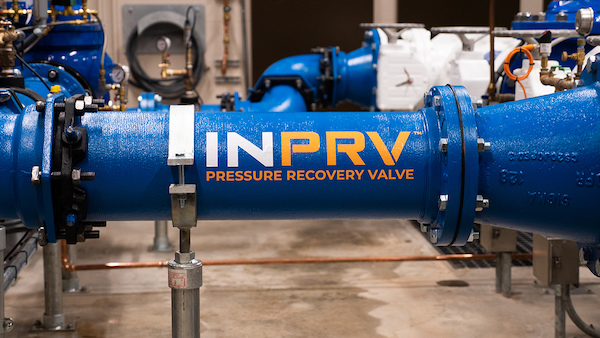 The In-PRV from InPipe Energy recovers energy embedded in excess water pressure and converts it into electricity. The system will generate up to 94MWh or more of electricity per year while providing pressure management that helps save water and extend the life of the pipeline. The electricity produced will be used to offset the use of grid power at the pump station, saving Skagit PUD (and its ratepayers) money and replacing the equivalent of more than 1500 tons of fossil fuel-based carbon emissions annually.

“Converting excess water pressure into clean, renewable energy is a win for the environment and our ratepayers,” says George Sidhu, Skagit PUD’s General Manager. “Environmental stewardship is one of Skagit PUD’s core values; and in our actions, we want to preserve our region’s natural resources. As a public utility, we’re always looking to innovate and create greater efficiencies in the operation of our water system, and the East Division Street micro hydro project checks all the boxes.”

How does it work?

Water agencies typically deliver water to customers by gravity feed and use control valves, called pressure-reducing valves (PRVs), to manage pressure in their water pipelines. PRVs help protect pipelines from leaks and deliver water to customers at safe pressure. Normal PRVs use friction to burn off excess pressure which is dissipated as heat, and so all of that energy is, essentially, wasted.

InPipe Energy’s In-PRV pressure recovery valve system performs like a highly precise control valve but it takes the process one step further by converting the excess pressure into a new source of carbon-free electricity.  The In-PRV system combines software, micro hydro and control technology as a turnkey product that can be installed quickly, easily and cost-effectively throughout water systems with smaller-diameter pipelines and wherever pressure must be reduced.

“The world’s water infrastructure is energy and carbon intensive,” said Gregg Semler, President and CEO of InPipe Energy. “We see a large, global opportunity for water agencies to meet their mission while also battling the impact of climate change. The sustainability of our nation’s water systems is paramount, yet water agencies are being constantly challenged with rising energy costs and ageing infrastructure. By providing a more precise way to manage pressure in pipelines – while also producing electricity – our In-PRV product helps water agencies offset their energy costs while saving water, reducing carbon and extending the life of their infrastructure.”

The Skagit PUD project was made possible with assistance from Puget Sound Energy (PSE), as part of their Beyond Net Zero Carbon initiative, and a Coal Transition Board Grant from TransAlta energy company.

In January 2021, Puget Sound Energy kicked off its initiative to not only target reduction of its own carbon emissions, but help other sectors achieve the same across the state of Washington.

“We value the opportunity to provide this energy efficiency programme grant to Skagit PUD to help them be more efficient and build resilience,” said PSE President and CEO Mary Kipp. “This partnership reflects our commitment to combat climate change by reducing our own carbon emissions to net zero and helping other sectors to enable carbon reduction across the state of Washington.”

TransAlta, which is in the process of phasing out its last coal-fired power plant in Washington by 2025, is supporting local communities and renewable energy development through its Coal Transition Board Grant process.

“We are committed to the development of innovative new forms of renewable energy, and this energy recovery project at Skagit PUD sets a great example for the role water utilities can play in making both water and energy more sustainable,” said John Kousinioris, CEO of TransAlta. “We are excited about the potential for the In-PRV to produce carbon-free electricity from water pipelines across North America. Water is a critical resource in Skagit County as it relates to power generation, and this project demonstrates our regional leadership.”
Skagit Public Utility District operates the largest water system in Skagit County, providing nine million gallons of piped water every day to 75,000 people living in Burlington, Mount Vernon, and Sedro-Woolley, and surrounding Skagit County communities.

Skagit PUD’s pump station is the second installation of the In-PRV in a municipal water pipeline. The first, in the city of Hillsboro, Oregon, came online in September 2020 and is on track to produce 200MWh or more of electricity each year.