The outside view: giving a clear picture of large dams?

Large hydroelectric dams are unviable and extremely damaging to emerging economies, the authors of a recent study from the University of Oxford claim. Although acknowledging the importance of accurately predicting project outcomes, members of the dam industry have expressed their concern about the study. This article gives an overview of the research. In a second article the industry has its say. If leaders of emerging economies are truly interested in the welfare of their citizens, they are better off laying grand visions of mega dams aside," says Dr Atif Ansar, a researcher from the University of Oxford in the UK. "Proponents of mega dams tend to focus on rare stories of success in order to get their pet projects approved. The purported success of the Hoover dam in the US, for example, is an often-heard argument in favour of building new large dams. Instead of relying on the outcome of just one project, decision makers should consider evidence for the entire population. In the case of large dams," he claims, "the probability of failure dominates."

Ansar's colleague, Professor Bent Flyvbjerg from the Said Business School at the University of Oxford, goes on to describe 'mega dam' projects as 'high risk dinosaurs' that have 'systematically poor outcomes' and 'suggest that fools and liars are at the helm'.Commenting on what he calls the 'highly inaccurate budgets' for dams, Flyvbjerg said: "Experts making forecasts about mega projects can be usefully grouped into 'fools' or 'liars'. Fools are the reckless optimists who see the future with rose-tinted glasses. These forecasting fools ignore hard facts and uncertainty, betting the family silver on gambles with very low probability of success. Liars deliberately mislead the public for private gain, fiscal or political, by painting overly-positive prospects of an investment, just to get it going."

These headline-grabbing quotes were used to launch the publication of a new study on 10 March 2014. "Should we build more large dams? The actual costs of hydropower megaproject development" was authored by Atif Ansar, Bent Flybjerg, Alexander Budzier and Daniel Lunn from the University of Oxford. A press release to accompany the report claims that it is "an authoritative investigation of whether large dams work or not". Furthermore it stated that: "The evidence is conclusive: large dams in a vast majority of cases are not economically viable. Instead of obtaining hoped-for riches, emerging economies risk drowning their fragile economies in debt owing to ill-advised construction of large dams."

The study was based on data from 245 large dams in 65 different countries. It utilised the classification of a large dam as being 15m+ in height. Twenty six major dams were also included and met one of three criteria: 150m or more in height; a dam volume of 15Mm3 or greater; reservoir storage of more than 25km3.

The dams were built between 1934 and 2007 on five continents. Of these 186 were hydropower projects (including 25 major dams), while the remaining 59 were irrigation, flood control or water supply dams. The authors said that although they were interested in the performance of large dams with a hydropower component they also included non-hydro dams to test whether these project types significantly differ in cost and schedule overruns.

In their research the authors sought to answer the questions of whether more large hydropower dams should be built; and just how confident planners can be that a large dam will 'pay-off handsomely'. To do this they used the 'outside view' or 'reference class forecasting' (RCF): the theoretical foundations of which were first described as a means to 'detect and cure biases in human judgement'.

The authors state that the method has three advantages:

However, the authors acknowledge that the outside view is 'not without limitations for a discussion specifically about energy mega projects'. These include the fact that RCF focuses on generic risk inherent in a reference class rather than specific project-level risk. It may also not provide sufficiently accurate indication of the risks of rare mega projects which have not been built before. However Ansar et al say such problems were rectified in their study and re-iterate the fundamental usefulness of RCF. "If anything," they say, "our results err towards conservative estimates of actual cost overruns and risks experienced by large dams."

With respects to cost overruns, the University of Oxford study made the following observations:

Actual costs were on average 96% higher than estimated costs.

The typical forecasted benefit-to-cost ratio was 1.4. Nearly half the dams suffered a cost overrun ratio of 1.4 or greater.

The study also said that mega dams take 'an inordinately' long time to build. On average it takes 8.6 years and eight out of every ten large dams suffered a schedule overrun. The actual implementation schedule was on average 44% higher than the estimate. Again North America fares better with a 27% mean schedule overrun, while South Asia is suggested to have a significantly higher schedule overrun (a mean of 83%) than the rest of the world taken as a whole (mean of 42%). The authors say there is no evidence to suggest that schedule estimates have improved over time.

“The Oxford study shows that these long time horizons leave dam projects particularly ineffective in resolving urgent energy crises and especially vulnerable to currency volatility, hyperinflation, political tensions, swings in water availability and electricity prices," the press office for the Said Business School commented. "A combination of which constitute the typical dam disaster, which is your typical dam project."

Statistical results in the study show that cost and schedule estimates of large dams 'are severely and systematically biased below their actual values' the authors state. Without the four risk management policies outlined in this paper, it is claimed that in most countries large hydropower dams will be too costly in absolute terms and take too long to build to deliver a positive risk-adjusted return

The negative impacts of large dam projects are featured readily in this study. It talks about scarce resources which could be put to better use than in a dam: such as inundated land that could be used for income from agriculture, timber or mineral resources. While "risks related to dam safety, environment and society further undermine the viability of large dams".

Indeed the study says that there is strong evidence to suggest that dam benefits are also likely to fall short of targets. "A more comprehensive enquiry into the planned versus actual benefits of dams is postponed until a future occasion," the authors stated, "but data available on 84 of the 186 large hydroelectric dam projects thus far suggests that they suffer a mean benefits shortfall of 11%.

In conclusion to their study, Ansar et al state that problems associated with cost and schedule overrun are not unique to large hydropower dams and preliminary research suggests that nuclear, thermal or wind projects also face similar issues. However the authors state that their research of large hydropower projects 'reveals a serious dearth of valid and reliable data on the risk profiles of actually competed energy projects across the board'. They say there is a need for a global database of all technologies to enable comparative analysis. To help bridge the gap, in this report they have sought to provide 'impartial evidence' on large hydropower dam projects.

IWP&DC was keen to speak with the report authors to provide further clarification for our article. However they were not able to provide comment at this time.

Click hear to read the industy's reaction to the study

View over Hoover dam. Dr Atif Ansar says that the purported success of this project is an often-heard argument in favour of building new dams.

The outside view statistical technique was applied to large dams for the first time. However the authors from the University of Oxford acknowledge that it is “not without limitations”. 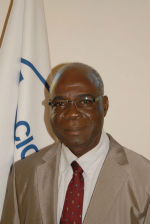 Adama Nombre is the president of ICOLD. He says that ICOLD can give more detailed reactions to the study on large dams if the authors make their data and methods public.
Post to: