BC Hydro has announced it is moving forward with plans for major seismic upgrades at the John Hart dam in Campbell River, with an application submitted to the BC Utilities Commission for approval.

The project has been estimated at between $497 million and $822 million, with the estimate to refined as the project progresses. BC Hydro has initiated the first stage in the procurement process with a request for proposals for the civil contract.

“The John Hart dam is a key component of BC Hydro’s infrastructure on Vancouver Island,” commented Chris O’Riley, President and CEO, BC Hydro. “The upgrades are required to strengthen the dam so that it can continue to operate safely and reliably.”

The proposed John Hart Dam Seismic Upgrade project follows the last significant upgrade to the John Hart system, which was the completion of the John Hart Generating Station Replacement project. This project consisted of the construction of a new generating station over a five-year period. 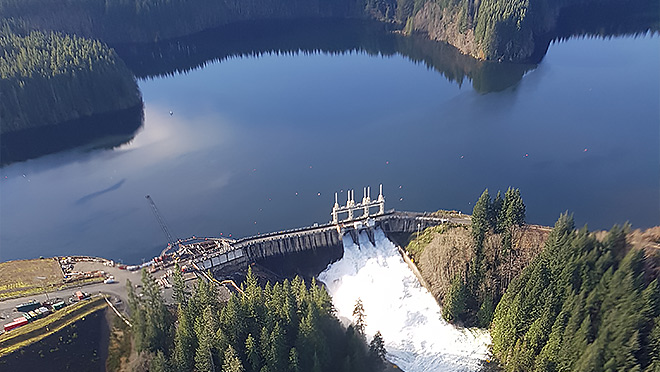