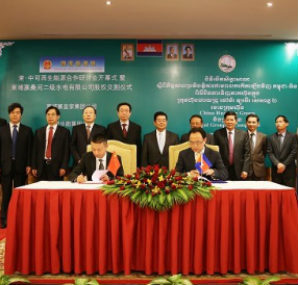 Huaneng acquired the shareholding through Hydrolancang International Energy Co., Ltd, a wholly-owned subsidiary of Huaneng Lancang Hydropower Co., Ltd., which is mainly engaged in investment and development of overseas power projects.The other shareholder in the project is investor Cambodia Royal Group.

The 400 MW Se San River II hydropower project is located in the Westmount District, Stung Treng Province, Cambodia. Construction is currently underway, with the first unit expected to enter operation by the end of 2017. The project takes the form of BOT (build-operate-transfer), with a cooperative operation period of 40 years.