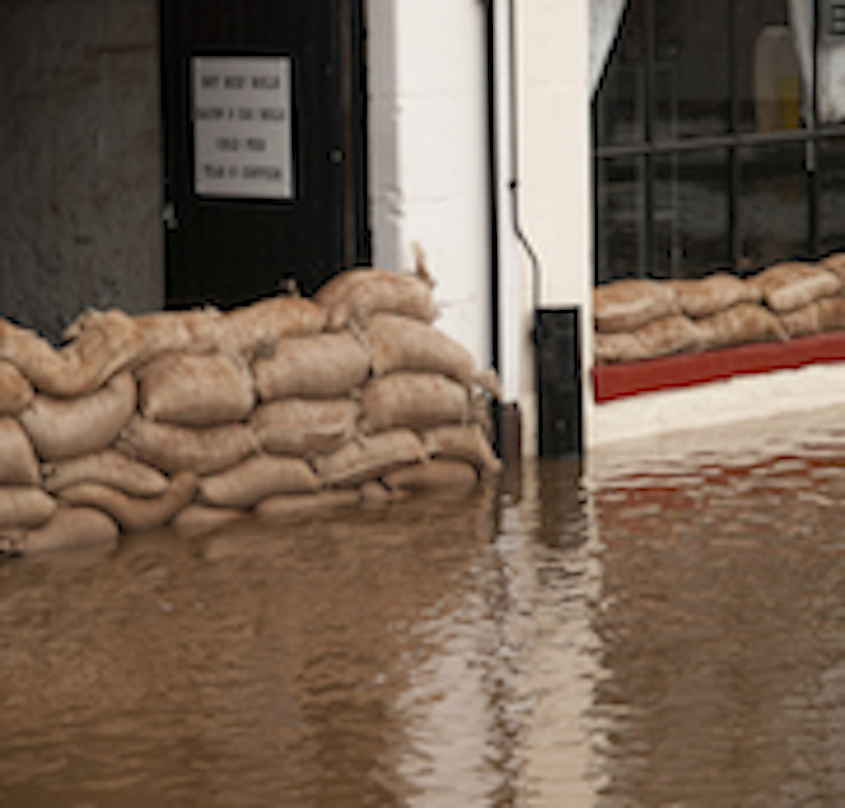 Six years after record-breaking rainfall over the Cumbria fells, the north-west area of England has again been subjected to extreme rainfall that has led to widespread flooding. The question that everyone seems to want an answer to is: what role has climate change has played in these extreme rainfall events? David Ramsbottom from HR Wallingford considers the impact of climate change on flooding, and shares his views on the flood management strategies we need to adopt to make UK communities more flood resilient.

In recent years there have been a number of flood events where very high flood flows have occurred, sometimes covering large areas and affecting major river basins (for example, the Severn and Thames in July 2007) and, at the other extreme, causing localised but severe flooding (such as at Boscastle in 2004). The 2015 flood in Cumbria was caused by very heavy rainfall over a large area, and records for the highest rainfall totals over 24 hour and 48 hours were broken.

Scientists are cautious about linking the apparent increase in extreme rainfall events with climate change. This is because the climate is naturally variable and large variations can occur from year to year and decade to decade. It is therefore difficult to identify direct relationships between changes in the climate and the factors that contribute to the extreme rainfall events that cause floods. However there has been an increase in storminess in recent years and scientists are beginning to accept that climate change is a contributing factor.

The potential implications of climate change are that there will be greater uncertainty regarding future flood events, and information from past events cannot be relied on to predict the future. The current view is that extreme rainfall events will become more frequent and more intense, leading to larger floods. However during the winter of 2013/2014 it was the long duration of the storms that led to extended periods of flooding in Somerset and elsewhere.

The December 2015 flooding in Cumbria has affected several areas where flood defences already exist. The magnitude of the floods were so great that the existing defences were overtopped. These defences would have been designed for a particular magnitude of flood, for example, a flood event with an expected annual probability of one per cent (the '1 in 100-year' flood). However these 'design events' are likely to occur more frequently in the future, and events that overtop the defences will also be more frequent.

The implications for flood risk management are that different approaches will be needed to reduce flood risk. The traditional approach in many areas is to construct flood walls and embankments in order to contain the flood and prevent flooding on the floodplains. However, as flood flows increase, the flood water levels will increase and therefore the crest levels of the walls and banks would have to be raised. This would result in higher and higher defences which, should they overtop or fail, could lead to catastrophic flooding.

Therefore, rather than construct higher defences, an alternative approach would be to adopt measures that reduce the river flood flows and/or flood levels. Measures that could reduce the river level include setting back the defences to allow more space for the flood water and would result in a reduction in flood levels. The locations where this is possible are often limited because of development. However there may be cases where some development will have to be moved so that flood risk can be reduced for the rest of the community.

Other measures that directly lower water levels include enlarging the river channel, lowering the floodplain level, dredging and the construction of flood relief channels. All of these have advantages and disadvantages. Where river channels are enlarged, a 'two-stage' channel is preferred for environmental reasons although the amount of extra capacity that can be created is often limited because of space constraints. Dredging will require ongoing maintenance, and flood relief channels require land for a clear route.

Measures that reduce the river flow include the storage of flood water upstream in polders or existing reservoirs, or by the use of catchment water retention. Once again, these methods have advantages and disadvantages. Polders require large areas of floodplain that can be embanked and used for the storage of flood water. The use of existing reservoirs is problematic because they will have been designed for other purposes such as water supply and would be difficult to modify for flood control.

Room for the river

In 1995 severe flooding on the River Rhine threatened to overtop or breach some of the major flood dykes in the Netherlands and 250,000 people had to be evacuated. In spite of the very high standard of protection provided by the dykes, it became clear that overtopping and/or failure could occur and further raising of the dykes would be needed for the expected future increases in flood flows.

As a result, the 'room for the river' strategy was born. The Dutch did not have control over the river flows entering the Netherlands but adopted measures that would reduce flood levels. These included moving the dykes away from the river, removing obstructions, lowering floodplains, dredging and flood relief channels.

The 'room for the river' strategy represented a complete change in the philosophy for flood control. Instead of accepting that flood levels could increase and raising the dykes, it was decided to actively reduce flood levels and begin the process of reducing vulnerability to flooding.

The measures for reducing flood flows and/or levels referred to above provide an opportunity to change the direction of flood risk management in areas where flood protection has been provided by walls and banks. For example, instead of further raising of flood walls and banks in Carlisle, Cockermouth and elsewhere in Cumbria, the existing defences could be supplemented by a range of measures to reduce flows and/or levels. This means that the existing defences would be retained and additional measures would be adopted to mitigate the expected increases in future floods.

At first glance the measures to reduce flood flows and/or levels do not appear to be very promising. For example, they may be less economically viable than walls and banks and may require more land or agreements with landowners regarding the use of land. However they will be more sustainable in the long term as they will provide a system of flood risk management that is more robust to future change and takes advantage of natural catchment features.