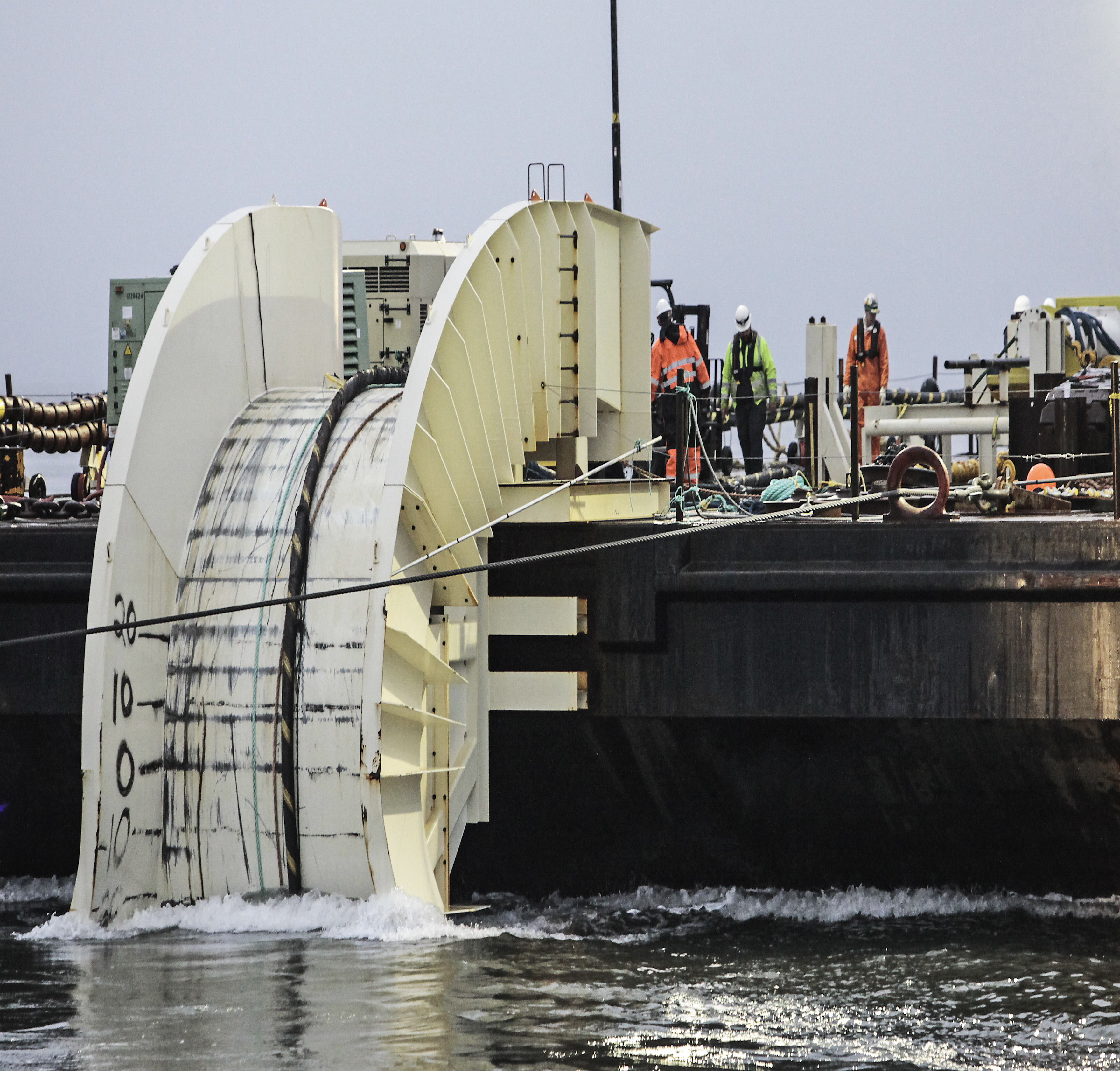 Cape Sharp Tidal, a joint venture between Emera and OpenHydro, has completed two significant milestone operations in preparation for the next phase of its tidal energy demonstration project. As well as launching its deployment barge, subsea power cable installation was completed while holding position over Cape Sharp Tidal's berth site at the Fundy Ocean Research Centre for Energy (FORCE) near Parrsboro, Nova Scotia in Canada.

With support from its marine operations partner, Atlantic Towing, Cape Sharp Tidal deployed 300m of power and fibre-optic data cable from a specially-outfitted barge. Teams also recovered and lifted the existing 16MW subsea export cable installed by FORCE, and using an on-deck mating table, linked it to the Cape Sharp's interconnection hub. The whole system was placed back on the sea floor, where the cables will remain until spring 2016, when the turbines are scheduled for deployment.

The Scotia Tide barge, designed by OpenHydro and built by Aecon Group in Pictou, has also taken its maiden test voyage around the Pictou Harbour. The unique, catamaran style vessel is the largest heavy lift capacity barge in Atlantic Canada. The 64m long, 37m wide, 650 tonne barge has a 1150tonne carrying capacity. Purpose-built for deployment and recovery operations, The Scotia Tide is equipped with three heavy-lift winches that enable it to lower and raise turbines from the sea floor. Cape Sharp Tidal's 1000-tonne turbines will be towed from Pictou Harbour to the FORCE test site in Parrsboro next spring.

“Nova Scotians continue to impress with their expertise in ship-building, industrial manufacturing and as experienced marine operators," said James Ives, OpenHydro's Chief Executive. "The barge launch and the cable installation are both Nova Scotia-made solutions that get us one step closer to a successful tidal array in this first demonstration phase of the Cape Sharp Tidal project."