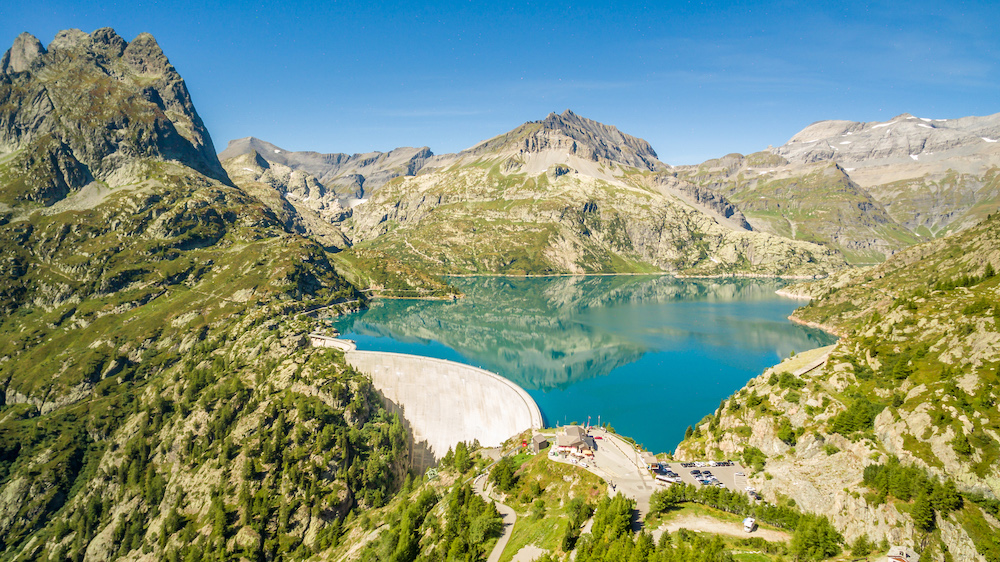 The 900MW Nant de Drance pumped storage project in Switzerland is officially inaugurated today, marking the end of a 14-year construction project involving hundreds of labourers, skilled workers and engineers from all over Europe working in a challenging alpine and underground environment.

Construction of the ambitious pumped storage project officially began on 8 September 2008, with the plant entering operation on 1 July 2022.  At the height of the construction project there could be 650 workers onsite. The alpine conditions at an altitude of 2000m made raising the Vieux Emosson dam particularly challenging.

Working 600m underground, miners excavated some 1.5 million m3 of mountain rocks to create the caverns and tunnels that make up the hydropower complex. This was achieved without any serious accidents. The six pump turbines – each with a capacity of 150 MW and at the cutting edge of technology – were assembled on site in the depths of the mountains and tested over many months for optimal performance.

Given the key role of Nant de Drance in the future of energy, the inauguration of the power plant will be dedicated to the youth of today and future generations. Children from the Trient region will lead a large part of the official ceremony with their musical talents. On Thursday 8 September 2022, pupils from nearby primary schools had the chance to discover the Nant de Drance power plant. More than 2000 people are expected to visit on the open days on Saturday and Sunday.

Today’s inauguration marks the handover to the Nant de Drance shareholders – Alpiq (39%), SBB (36%), IWB (15%) and FMV (10%) – who have access to the production and pumping capacities of the plant as per their stake and who manage the energy according to market needs, thus helping to stabilise the Swiss and European electricity grid.

“Nant de Drance is defined by its flexibility which allows it to absorb fluctuations due to the intermittent production of new renewable energies on the electricity grid,” commented  Antje Kanngiesser, CEO of Alpiq. “Managing flexibility is one of our key competencies at Alpiq. Nant de Drance fits into our production portfolio perfectly and contributes to stabilising the security of supply in Switzerland and Europe in a sustainable way. Nant de Drance is a visionary project which is now up to us – in collaboration with our partners SBB, IWB and FMW – to value over the next 80 years.”

Vincent Ducrot, CEO of SBB, added:  “Electrical energy is of great importance to SBB, as our trains are powered by electricity. SBB currently operates with a 90 percent share of hydropower – the majority of which is generated by our own power plants. From an environmental perspective, this makes SBB one of Europe’s leading railway operators. However, we also rely on domestic electricity from the 50 Hz grid for our buildings, railways stations and technical facilities. This makes Nant de Drance an important and flexible storage space that will help to stabilise the Swiss and European power grids.”

“With the Nant de Drance hydropower plant, we are adding another chapter in Swiss energy history,” stated Claus Schmidt, CEO of IWB. “IWB stands for renewable energy. We are already producing more renewable electricity than our customers need. Just under a third of it is based on wind and solar power. That’s why Nant de Drance is such a perfect fit for our sustainable portfolio. It is an investment in flexibility and security. It also helps us stabilise the power grid, which will become increasingly important in the future.”

Stéphane Maret, CEO of FMV, continued: “Like our visionary ancestors and the epic story of dam construction in Valais, today we are able to invest with our partners in large infrastructures in the long term for future generations. This is an auspicious moment from the perspective of the huge challenges of the energy transition. Against this unusual backdrop, FMV is responsible for implementing the hydropower strategy at Valais. And the sustainable battery at Nant de Drance is the centrepiece, continually balancing the grid for security of supply in Switzerland." 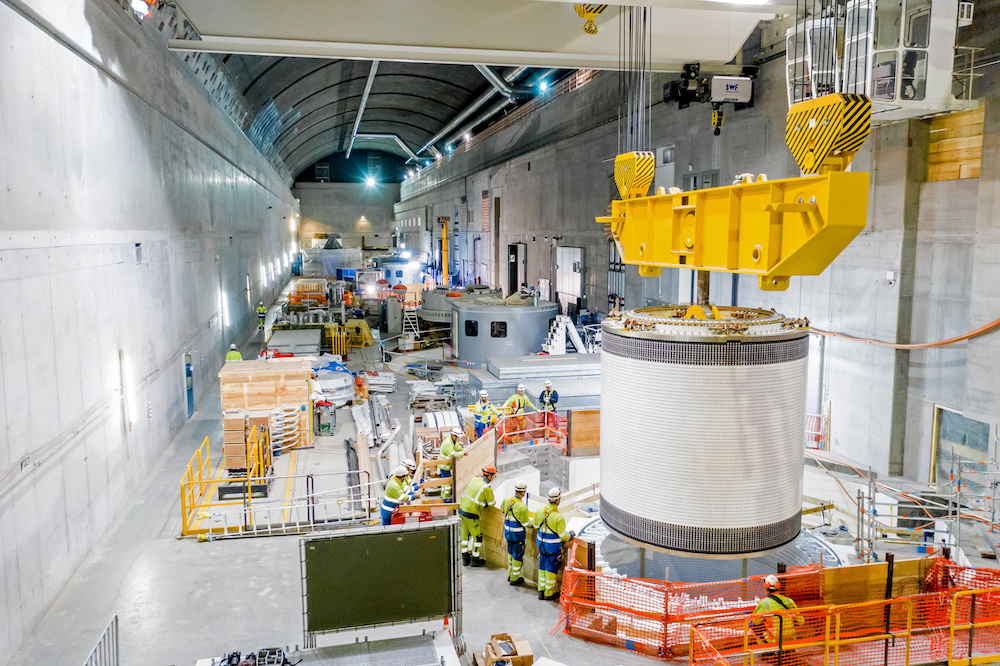