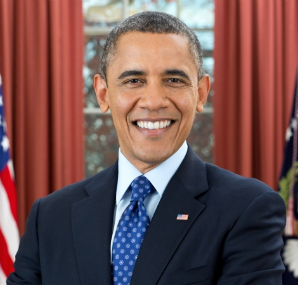 US President Barack Obama this week released his Climate Action Plan featuring a proposal to accelerate permitting for clean energy projects, including the development of hydroelectric power at existing dams.

The plan, which consists of a wide variety of executive actions, has three key pillars: Cut Carbon Pollution in America; Prepare the US for the Impacts of Climate Change; and Lead International Efforts to Combat Global Climate Change and Prepare for its Impacts. It highlights progress already set in motion by the Obama Administration to advance these goals and sets forth new steps to achieve them.

The plan states that the Administration is taking steps to encourage the development of hydroelectric power at existing dams. To develop and demonstrate improved permitting procedures for such projects, the Administration will designate the Red Rock Hydroelectric Plant on the Des Moines River in Iowa to participate in its Infrastructure Permitting Dashboard for high-priority projects.

The news has been welcomed by the hydro industry. "Hydropower already plays a critical role in the nation's energy portfolio," commented National Hydropower Association (NHA) Executive Director Linda Church Ciocci. "But our industry's full contributions remain untapped. Hydropower can continue to grow and we applaud the president's recognition of the opportunity to expand hydropower at the nation's existing infrastructure."

“The President's announcement is welcome news for clean energy advocates, as well as the entire hydropower industry," added Voith Hydro President and CEO Kevin Frank. "We are excited the President has designated the Red Rock Hydroelectric Plant - which is being equipped with Voith turbines, generators, automation, and plant systems - for the Infrastructure Permitting Dashboard. This designation will help to expedite other hydropower projects across the US. Coupled with recent Congressional action to streamline the regulatory process for hydropower projects, we are beginning to see tangible progress towards expanding reliable, clean, and low-cost American hydropower."

In addition to the President's announcement, earlier this year the House of Representatives unanimously passed the Hydropower Regulatory Efficiency Act, and the Senate Energy and Natural Resources Committee has passed identical legislation in the Hydropower Improvement Act. This legislation is designed to streamline the permitting process for small hydropower projects across the country.