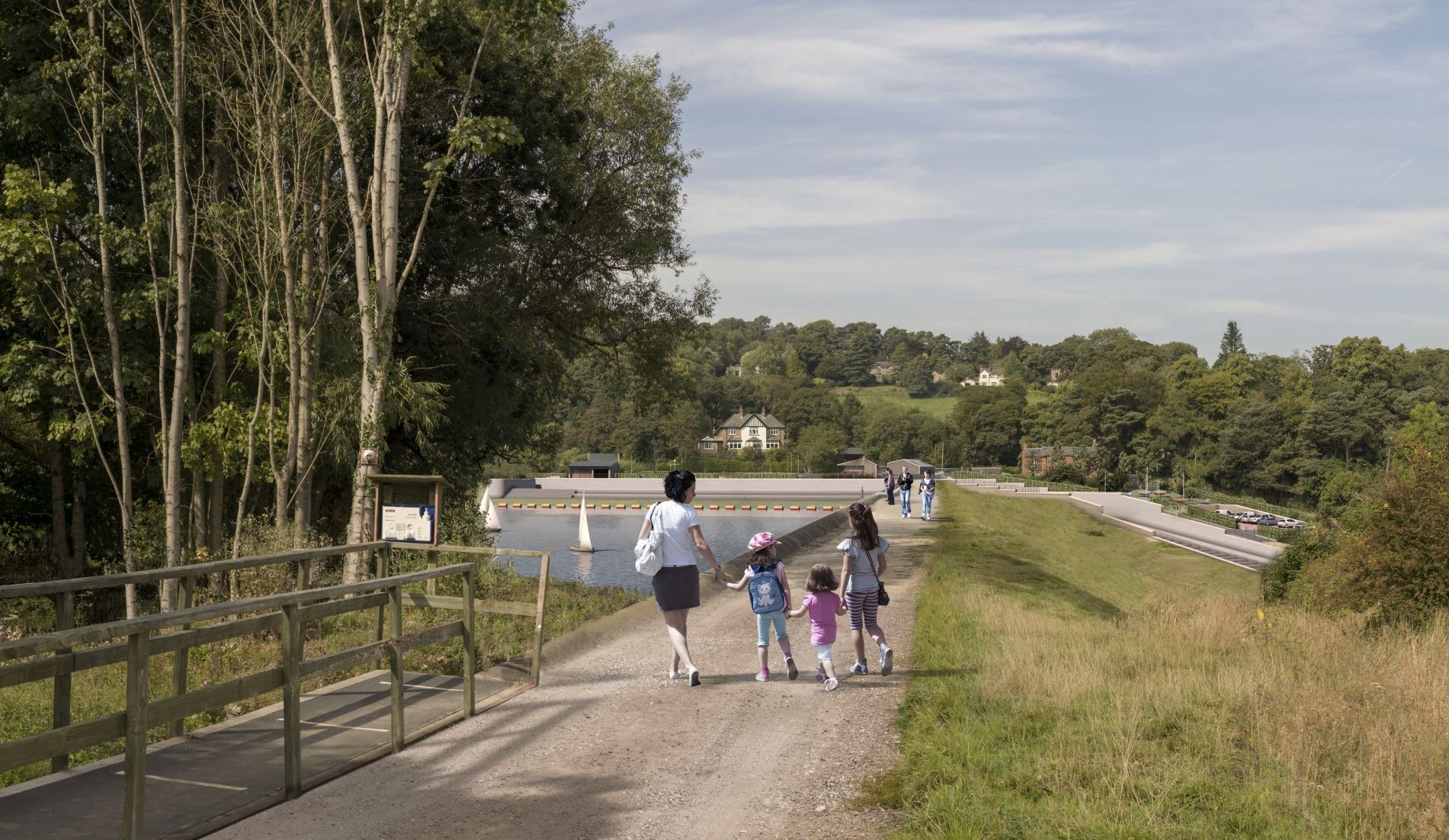 In a major step forward in the restoration of Toddbrook Reservoir in Whaley Bridge, the Canal & River Trust charity has confirmed that it has submitted a planning application for its permanent repair.

The Trust, which cares for the reservoir and 2000 miles of waterways across England and Wales, has applied to High Peak Borough Council for permission to replace the 1970s-built spillway, damaged following torrential rain in summer 2019, with a new overflow structure to the north of the dam which will funnel away excess water when the reservoir is full.

The application for the new structure includes building a new overflow side channel weir, ‘tumble bay’, spillway channel and stilling basin which links to the existing bypass channel before flowing into the River Goyt in the town’s Memorial Park.

The planning application also includes a proposal to replace the current sailing club facilities, which will be impacted by the new spillway. Plans feature a new clubhouse, boat storage, slipway and car park, located on a site behind the proposed tumble bay.

The repair project is estimated to cost in the region of £12 - £16 million. Subject to planning permission, work is due to start in spring 2022 and is expected to take about two years to complete, with the reservoir re-opening to the public in summer 2024.

Feedback from two public consultations influenced several design features to reduce the visual impact of the new concrete structures. These include the addition of natural stone cladding to most exterior side walls above ground level and ensuring wall heights are kept as low as possible. There was also a public wish to see water constantly flowing down the spillway channel instead of it being predominantly dry and this has been achieved by connecting the top of the tumble bay into the existing reservoir bypass channel.

The 1970s overflow spillway overlooking the park, which was damaged in summer 2019, will be de-commissioned, the concrete panels removed and the dam slope grassed over. The original 1840s spillway, near the existing sailing club, will also be removed and some of the stone reclaimed and re-used as cladding on the exterior walls of the new structures.

The Trust has been working closely with engineering and consultancy firm Arup to prepare the detailed plans after carrying out extensive technical investigations and design work. The construction project will be delivered by the Trust’s main contractor Kier.

Toddbrook Reservoir, which supplies water to the Peak Forest and Macclesfield canals, has been out of action and almost empty of water since the spillway was damaged after excessive rainfall in July 2019. Last summer, ahead of the permanent repair, the Trust and its contractors Kier carried out works to make safe the damaged spillway and add a protective waterproof nib to the dam crest.

The major construction project on the dam will be followed by works to the inlet cascade, at the far end of the reservoir, to increase its resilience to high flows from the Todd Brook stream. High volume pumps will remain in the reservoir to manage water levels until the end of the restoration project. 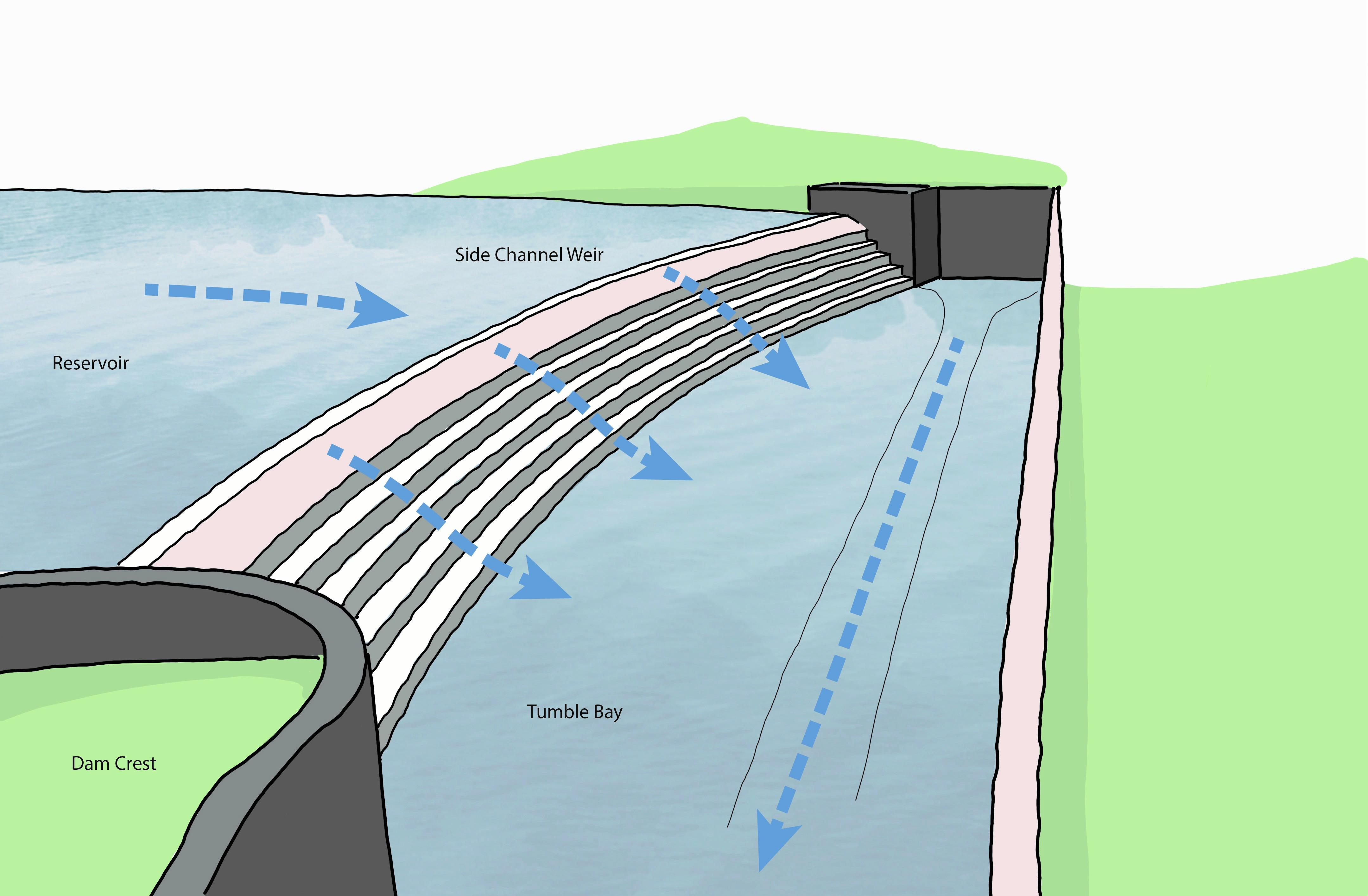