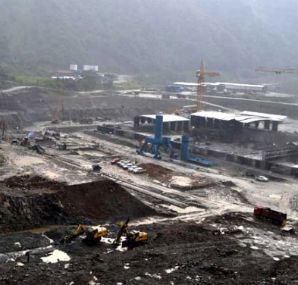 Sedicon is to supply the sediment removal equipment for the desanders at the 1500 MW Coca Codo Sinclair project in Ecuador after signing a contract with EPC contractor Sinohydro.

The largest hydropower project in Ecuador, Coca Codo Sinclair is being developed on the Coca River, which is subject to high sediment load because of its location in an area with tectonic activity, volcanoes and steep relief. There will be no reservoir at the project's intake so all suspended sediments will have to be dealt with in the desanders.

Under the terms of it's deal, SediCon will deliver 40 SediCon Sluicer units for the desanders, with capacity to remove more than six million tons of sediments per year. Each SediCon Sluicer is operated completely independently, and are able to remove sediments without affecting power production.

The SediCon Sluicers will be delivered in 2015 and are scheduled for operation in 2016.

“We are very pleased and proud to have our technology recognized and implemented in such important hydro power plant as Coca Codo Sinclair is for Ecuador," said Tom Jacobsen, Technical Director for SediCon. "The decision to use SediCon technology shows a costumer demanding efficient and reliable sediment removal, knowing that every drop of water saved means more electricity to produce.