The Surface Water and Ocean Topography (SWOT) satellite – developed to view Earth’s ocean and surface water on land with unprecedented clarity – has arrived at Vandenberg Space Force Base in California, US, where teams will begin final preparations for the spacecraft’s launch in December on a SpaceX Falcon 9 rocket from Space Launch Center-4 East.

SWOT is the first satellite mission that will observe nearly all water on Earth’s surface, measuring the height of water in the planet’s lakes, rivers, reservoirs, and the ocean. SWOT’s instruments will be able to resolve ocean features like currents and eddies less than 60 miles (100km) across, lakes and reservoirs larger than 15 acres (6 hectares), and rivers wider than 330 feet (100m) across.

NASA’s Jet Propulsion Laboratory in Southern California built the scientific payload. In June 2021, JPL shipped the payload to France, where a multinational team integrated the Ka-band Radar Interferometer (KaRIn) and other finely tuned instruments with the satellite bus.

On October 16, SWOT arrived at Vandenberg from France aboard a US Air Force C-5 Galaxy aircraft and moved to the Astrotech Space Operations facility to begin launch processing. In the coming weeks, SWOT will undergo many steps in preparation for liftoff. Teams must encapsulate the satellite in a protective payload fairing, mate it to the rocket, and transport it to the launch pad before it’s ready to rocket into space.

Once in orbit, SWOT will collect data from the ocean, helping researchers better understand how seawater absorbs atmospheric heat and carbon, a process that affects global temperatures and climate change. This data will also help researchers better understand coastal sea levels and, ultimately, how sea surface height will interact with a changing climate to affect things like storm surges.

SWOT will also provide the first comprehensive global survey of freshwater lakes, rivers, and reservoirs from space. The satellite will measure the height of the water in these water bodies, as well as their surface area, or extent. By helping track changes in water volume over time, the data will better equip scientists and water resource managers to monitor how much water flows into and out of Earth’s freshwater bodies.

SWOT is a collaboration between NASA and the French space agency Centre National d’Études Spatial (CNES), with contributions from the Canadian Space Agency (CSA) and the UK Space Agency. NASA’s Launch Services Program, based at the agency’s Kennedy Space Center in Florida, is managing the launch service. 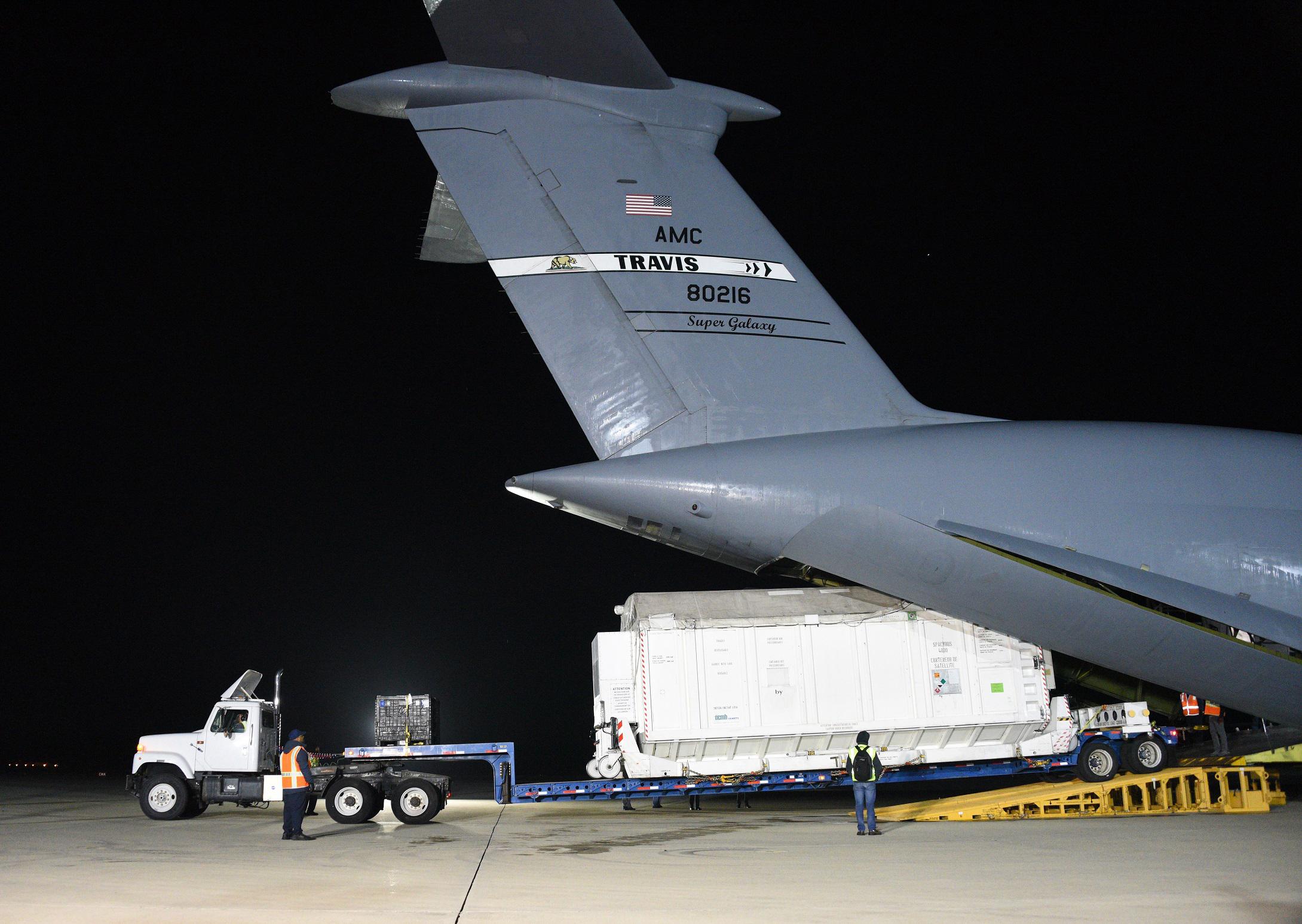 A container with the Surface Water and Ocean Topography (SWOT) satellite is offloaded from an Air Force C-5 airplane on Oct. 16, 2022, at Vandenberg Space Force Base in Central California. Credit: NASA