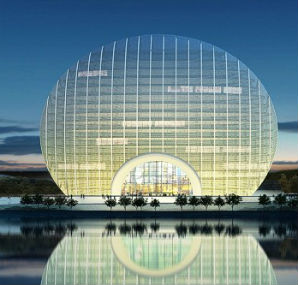 The 2015 World Hydropower Congress is to be held at the iconic new Yanqi Lake complex in Beijing's Huairou District, the International Hydropower Association (IHA) has confirmed.

The congress, which takes place on 19-21 May 2015, is hosted by the IHA and organised under the auspices of the National Energy Administration of China. It is expected to bring together 1000 high-level representatives of a range of hydropower stakeholders, including industry, governments, civil society, academia and the financial sector.

The event is supported by a wide range of sponsors and partners including UN bodies, government agencies, universities, owners, manufacturers, conservation organisations, investors, and banks.

The Yanqi Lake complex, which is located close to the Mutianyu Great Wall in north-eastern Beijing, was recently constructed for the 2014 APEC Summit. The district is regarded as one of the most environmentally friendly areas of Beijing.

The complex features the stunning Kempinski Sunrise Hotel, designed by Zhang Hai Ao and his team from the Shanghai Huadu Architect Design Company.
Advanced environmental protection technology was used in the construction of the hotel and its grounds. The exterior glass surface helps to reduce energy consumption, while the building's round shape helps to maintain the original wind environment.

The hotel is also powered by a solar photovoltaic system applied to its roof, and solar panels located by a dam on Yanqi Lake.

"We are delighted that the World Hydropower Congress will be staged at such a forward-thinking venue," said Richard Taylor, chief executive of the IHA. "With its mixture of world-class conference facilities and majestic landscape, Yanqi Lake will provide the perfect environment in which to chart the future of hydropower."

You can find out more about the event and the programme at www.hydropower.org/congress. Registration will open on 15 December 2014.