Driving change in the hydro sector 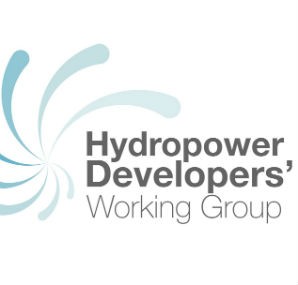 As readers of IWP&DC will know, there is a need to get hydropower companies into the discussions that shape policy and regulations. Together, says Kate Lazarus, Senior Operations Officer at the International Finance Corporation, we can play a role in driving change in this sector.

Hydropower projects in Lao PDR have soared in recent years. Investors are eager to tap this resource-rich country, with thousands of kilometres of rivers that have potential to generate hydroelectricity. The government has ignited 18 projects that are being built by independent power producers and Electricite du Lao, and has signed around 150 memorandums of understanding with small hydropower developers who are keen to provide hydroelectricity to a growing domestic market.

Yet many developers have experienced that policies and regulations supporting project implementation are regularly being revised in Lao PDR, leaving them wondering what their social and environmental obligations are. Without this and other essential information, entire project cycles are put at risk - starting with uncertainty in the concession agreement process to the sustainability and profitability of the project's lifeline.

For hydropower development to work in a sustainable and profitable way, we need developers to be systematically involved from the get-go. Many developers in Lao PDR say they need clearer guidelines from the government and want to contribute to policy debate and drive change in the hydropower sector.

Since 1989, IFC, a member of the World Bank Group, has invested in Lao PDR's private sector supporting growth and innovation. Over the past 15 years, we have helped improve policies and regulations to make doing business easier. In 2012, we expanded our advisory work to help Lao PDR create a more sustainable hydropower sector, with the support of the Australian and Japanese governments. We have been promoting environmental and social standards among hydropower companies across the Mekong to improve their business performance and project sustainability. We also support governments with developing policies and legislations, such as the Policy on Sustainable Hydropower Development and revisions to the Water Resources Law.

To help the private sector develop a bigger voice in driving policy change, IFC and developers investing in Lao PDR established the Hydropower Developers' Working Group last year. Our common goal is ambitious: Improve Lao PDR's hydropower sector. The group was the first platform for developers to become better informed and contribute their expertise to the development of policies and regulations that impact their work. Today, the working group boasts more than 100 members and is expected to establish a branch in Myanmar this year.

With its rich natural resources, Myanmar's potential for hydropower is the highest in Southeast Asia, topping 100,000MW, but at the moment, only 29% of the country's population has access to electricity. If realised, the hydropower produced will benefit 6M people, helping Myanmar fulfil its domestic electricity needs.

As Myanmar moves forward with its hydropower development plans, it is high time for developers to jump into the debate and help shape policy by offering their expertise and lessons learned from elsewhere to ensure the sustainable development of the sector. As our experience with Lao PDR has demonstrated, establishing a Hydropower Developers' Working Group is one way for developers to stay informed and offer insight to policymakers and their peers.

We are only beginning our work in Myanmar. In January, the World Bank Group and the International Hydropower Association held a workshop on sustainable hydropower and regional cooperation in Nay Pyi Taw, the country's capital, and attracted more than 160 participants. It proves that the level of interest is high among stakeholders; hence, we are planning to lead the establishment of the next Hydropower Developers' Working Group to ensure the sustainable development of Myanmar's hydropower sector. Stay tuned.

If you are a developer or contracting company and would like to join the Hydropower Developers' Working Group, or learn more about IFC's advisory services, please contact Kate Lazarus at [email protected]