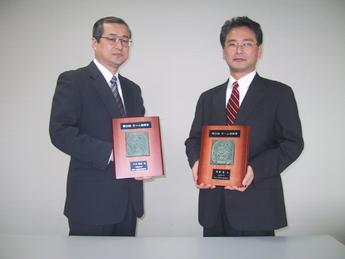 VOITH SIEMENS HYDRO POWER Generation has been awarded a US$30M contract for the supply of hydro power generators to the Shuibuya hydroelectric project in Hubei Province, China.

The deal was agreed in December 2003 between voith-siemens Hydro's Shanghai branch and the Hubei Shuibuya Construction Company. Under the terms of the contract, Voith Siemens has agreed to supply mechanical equipment and design for four Francis turbines with an output of 460MW each at a head of 185m, and auxiliaries for turbines.

The first unit of the plant, located on the Qingjiang river – a major tributary of the Yangtze – is expected to become operational in 2007, with full project completion following in 2009.

According to Voith Siemens, the Shuibuya hydro power plant will help to regulate water peaks on the Yangtze river during the summer flood season and to balance peaking power demand in central China's power grid.

Meanwhile, the company’s Japanese unit has been awarded the 51st Ohm technical prize for its work on the Kaminojiri 2 hydro station, in conjunction with Tohoku Electric Power Co. which owns and runs the plant.

Voith Fuji Hydro teamed up with the Japanese plant’s owner to develop large capacity vertical bulb turbine and generator technology. Working on the Kaminojiri 2 station, which is located on Japan’s Agno river, engineers demonstrated that the new turbine and generator unit would save the amount of space taken up by power houses, allow more flexibility in their location, boost power output and lessen maintenance requirements by reducing auxiliary equipment.

Set up in 1952, the award recognises advances in electrical technologies, including the power generation industry.